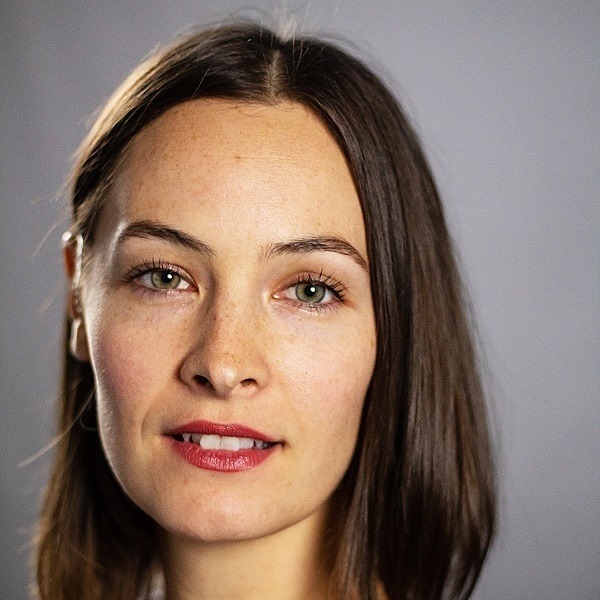 “Coaches who are emotionally present, creative and constructive in their collaboration with actors are the ones I seek to work with and learn from. I’ve studied at The American Academy of Dramatic Arts and worked with Linklater, Meisner and Strasberg acting teachers over the past 10 years. When I met Murisa 5 years ago, I was in complete humble gratitude of her intuitive, constructive and compassionate energy. Murisa Harba is a true “Empath.” She constantly challenges everyone from the level they’re working at and EVERYONE is respected and treated with kindness. About the Work is one of the most sacred spaces I’ve acted in. Some of the most powerful acting experiences I’ve ever had have come out of this class. There is no competition at About the Work, only love and craft!”

ABOUT THE WORK TEAM 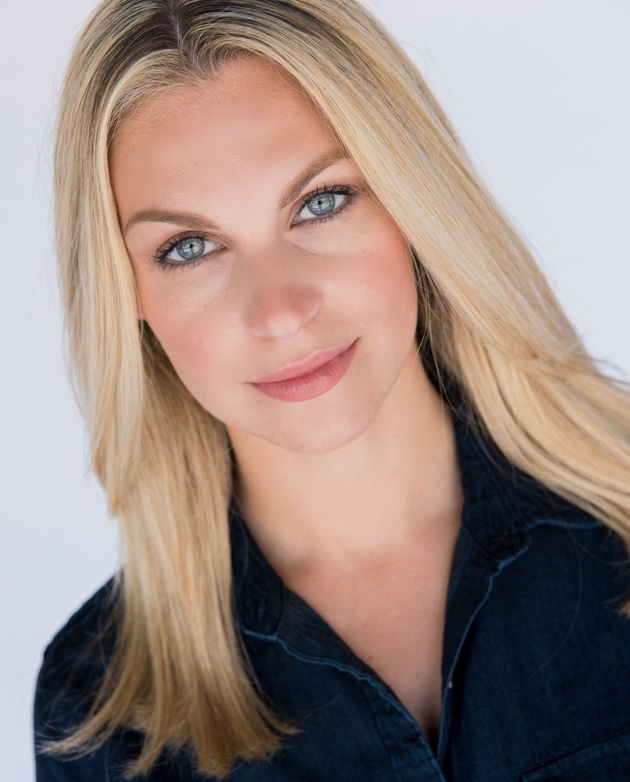 “I live to push boundaries. I find comfort in the uncomfortable. I seek out the “new.” New situations, new combinations, new challenges, anything that will allow me to step out of my comfort zone and prove to myself that I can do something I have never done before and in so  doing, prove to others that they can too.”

Murisa Harba received her BFA in Theatre Studies from Boston University’s College of Fine Arts with a minor in dance. With countless years of vocal and dance training in addition to her theatre degree, she created, directed & choreographed the original play, WHITE RABBIT, in Boston and Chicago.

Since moving to Los Angeles in 2008, Murisa has found success directing projects such as Skiddle And Bang It, Gruyeres, Dansare and Gas. In 2015-2016, Murisa became an Episodes director (Episode 6, 10 & 11) on new dramatic web series, F#@K I Love U. Her directorial debut on the show won BEST ACTING ENSEMBLE at ITV Fest in September of 2015. She recently directed TELL YOUR STORY, a PSA on sexual assault and women’s empowerment, and a commercial for Muralart. Her short, Dansare, a film that she directed, produced and acted in starring a whole cast and crew of ATW students premiered at NoHo Cinefest Film Festival.

In 2018, Murisa directed and played leading lady in the live version of F#@K I LOVE U: Alive for the Hollywood Fringe Festival at the Dorie Theatre. Her latest role was the lead role of “Claire” in psychological drama Mórok, directed by Daria Nazarova and produced by Argentic Productions. She has snagged 4 BEST ACTRESS in FEATURE FILM awards for her work in this project at Depth of Field Film Festival, LadyFilmmakers Festival, Studio City International Film Festival and SYTYCA Festival.

Murisa teaches her Freeing Your Natural Instincts with Cold Reads: The Macro Method and Connecting Through the Physical: The Chakra Approach® workshops as well as various on- camera classes at the SAG-AFTRA Conservatory at the American Film Institute, which she has enjoyed doing since the fall of 2011. She is also on the SAG-AFTRA Conservatory Committee and Curriculum Committee. Murisa is on the staff at Columbia College’s summer acting program and has also taught at the Will Wallace Acting Company.  She is a Backstage Expert; check out her latest articles on Chakra techniques here and Strong Choices here. 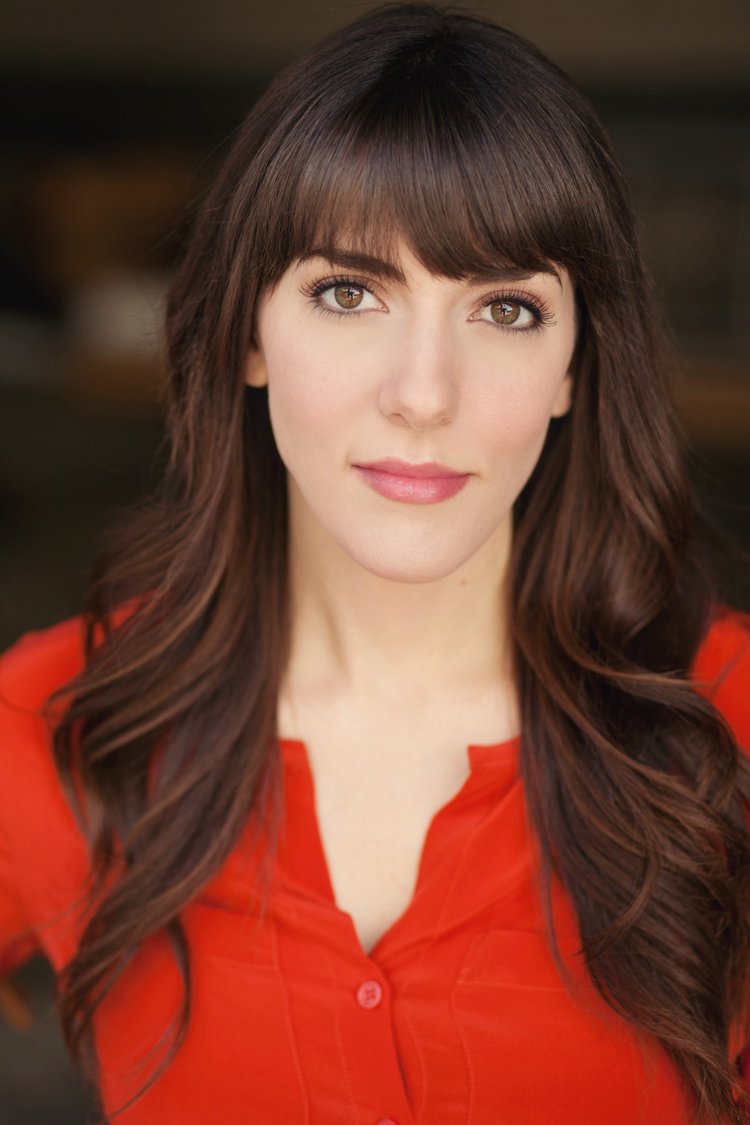 Laila Ayad received her BFA in Theatre from New York University’s Tisch School of the Arts and is certified in Shakespeare performance from The Royal Academy of Dramatic Art. As an actor, singer, and writer she has collaborated with theater artists, musicians, and filmmakers in both New York and Los Angeles, and is a founding member of Ovation Award winning IAMA Theatre Company, named by Playbill.com as one of the countries’ top 20 “must know” regional theaters.

Laila is a champion for new play development, and has been successful in working with writers to develop new works for the stage. She was recently seen in the world premiere production of Leslye Headland’s Cult of Love at the Atwater Village Theatre and premiered Stephen Belber’s Joan at the Ojai Playwrights Conference. Other world premieres include Headland’s Bachelorette and Reverb, D.G. Watson’s Unbound, and Christian Durso’s Shiner, which she debuted Off-Broadway. She has also been seen in the Los Angeles premiere of John Patrick Shanley’s French Waitress and Rajiv Joseph’s Gruesome Playground Injuries. She developed DreamWorks’ The Prince of Egypt for the stage in the role of Tzipporah, and recently ended a six season run as Charlotte Reid on ABC’s Scandal.

She is a freelance grant writer for arts non-profits and is a longtime head writing mentor with The Young Storytellers Foundation, a program that engages creativity through the art of storytelling by using mentoring, collaboration, and performance to provide low-income students in Los Angeles public schools the opportunity to write stories and see them brought to life.

“What I love most about the craft of acting is that it expands my awareness of humanity. Acting is essentially the creation of empathy. Discovering different ways to completely transform oneself to play a role, allows one to witness others lives. Finding out why people do what they do, and then allowing one’s self to explore new ways to walk in another’s shoes and then sharing that with others is true freedom for me. As actors, we can transcend the audience and help them accept humanity a little bit more, and therefore live in love.”

Catherine Black (AKA Cat Black) is an award winning actress, artist and filmmaker from Toronto. She started acting as a child and has been in continuous dedication of the craft of acting ever since, studying various acting techniques in Los Angeles, Toronto and England. Catherine has performed in many award winning theatre productions over the years, but is most proud of starring in Hrant Alianak’s original play, WALLS OF AFRICA, which Won 9 Dora Awards (Canada’s Tony). In Film/TV Catherine is best known for her role as Vanden in AMERICAN PSYCHO, performing with Christian Bale and Reese Witherspoon, starring with Crispin Glover in THE DONNER PARTY (Showtime), staring in many indie films, and guest starring on TV shows such as ODYSSEY 5 (SyFy), BLUE MURDER (GLOBAL TV/CTV), I LOVE MUMMY (BBC) and most recently on PLAYING HOUSE (NBC/USA). 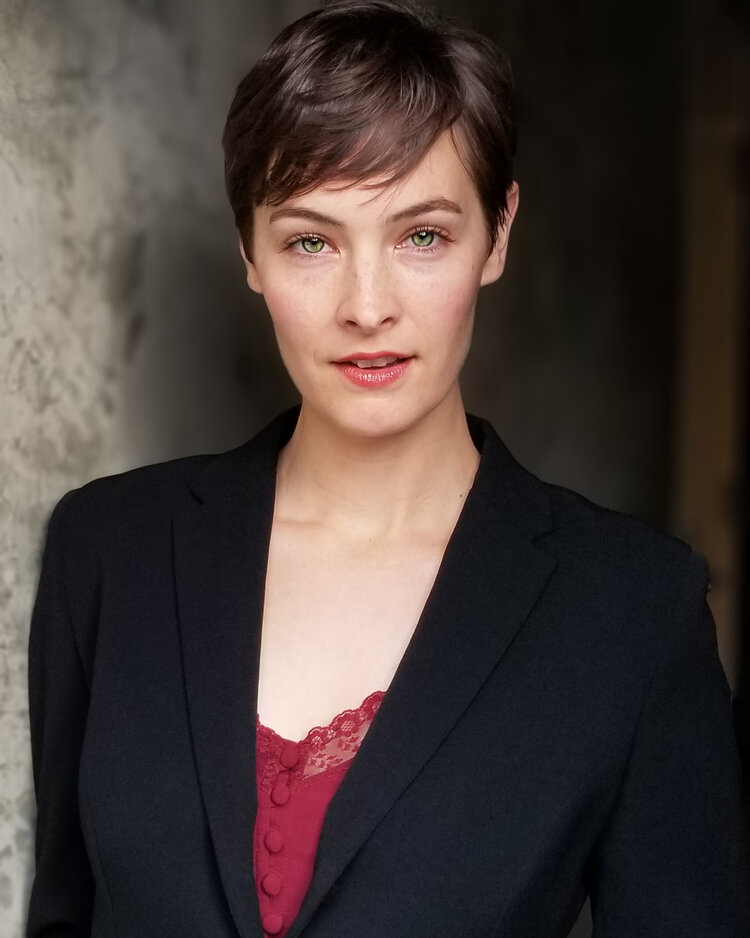 Savannah graduated from the American Academy of Dramatic Arts, LA with a focus on Uta Hagen, Stanislavski & Strausberg Techniques. She later studied Linklater & Alexander Techniques with Adele Cabot(Voice Joy LA,) and Shakespeare with Dennis Krausnik(Shakespeare Company Massachusetts.)   She is a member of activist driven theater company, The Actor’s Gang, under AD Tim Robbins. She continuously trains with the company in “The Style;” an ever evolving method inspired by George Bigot and focused on Commedia del Arte, states of emotion, and breaking the fourth wall.

Savannah has performed in award winning projects including “Made With Love,” (Art House Coup Film Fest Winner) & “Closure,” (120 Hour Film Fest “Audience Award”) and received a Stage Raw Scenie Award for “Star Making Performance” in Patterns at Theater 40 as well as an Eddon Award for “Best Actress” in Laundry & Bourbon at The Lonny Chapman Theater.  She is also a practitioner and instructor of Wing Chun Kung Fu and founded Kids Kung Fu Moves in 2015. The successful program works with dozens of schools in Los Angeles to teach children social and emotional learning through the foundations of martial arts and mindfulness.

Before stepping into the role of Signature Technique Instructor at About The Work, Savannah started as an eager student looking for an artistic home in 2013. The Macro Method and The Chakra Approach exponentially impacted her growth as an artist and lead to direct successes in her acting career.  She is honored to head the fundamentals programs at the studio and share the techniques with new students through the lens of passion, empathy, mutual respect, risk taking and shared growth. She’s got your back!

“Murisa is an awesome teacher, who guides you to create your best work! From cold reading training all the way to being on set- you will learn how to unlock your talent in new and reliable ways!”

NEXT UP: OUR GORGEOUS PRIVATE FACILITY